The Akwamu State in the Eastern Region has given US-based Ghanaian Surgeon Dr Michael Obeng one hundred acres of land for the construction of a pharmaceutical plant and a vaccine center.

The project which is expected to be completed in less than thirty-six months and dubbed ‘Drugs by African for Africans’ is geared towards curbing the challenges and risks associated with counterfeit medications imported from other countries.

The pharmaceutical plant will see the manufacturing of affordable and effective, superior quality medications that meet the highest international standards, for the treatment of high blood pressure, diabetes, malaria, and pain, therefore making a vital contribution in curbing and mitigating the challenges and risks associated with counterfeit medications.

The first-class pharmaceutical plant project officially commenced in 2018 when it broke ground in Kumasi, Ghana. 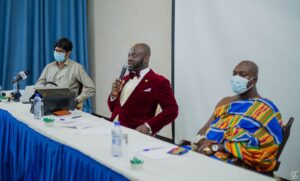 However, the pharmaceutical plant project came to a halt in 2020 due to the pandemic that ravaged global economies, brought the world to its knees, claiming an unprecedented number of lives. COVID-19 gave the project a broader prospect and as the vision expanded, it became imperative to acquire bigger premises and the Paramount Chief, Odeneho Kwafo Akoto III, and the Akwamu State, agreed to become an equity partner and graciously donated 100 acres of land in Akwamu, which is in the Asuogyaman District in the Eastern Region of Ghana towards the building of the pharmaceutical plant.

Paramount Chief of Akwamu State Odeneho Kwafo Akoto III noted during the official handing over ceremony of the land on Monday, “we have always recognized the need for capacity building in healthcare and healthcare infrastructure and this initiative couldn’t have come at a better time where we all have to come together as traditional leaders, government and the private sector included to prioritize on putting our people’s healthcare in the forefront.”

The decline in economies was especially felt in Sub-Saharan Africa. Nearly a year and a half later the mission continues as Dr Obeng resumes his plan to build a pharmaceutical plant to strengthen pharmaceutical manufacturing in Africa in order to improve public health outcomes and to positively contribute to economic development across the African continent. 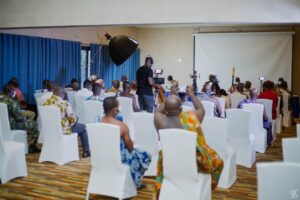 “If there’s one thing that the pandemic has taught us is that Africa is fertile with innovation and there’s a massive opportunity for the continent to transform its healthcare. With our broad experience in pharmaceutical product development as well as its modern research facility, we are thrilled to be part of this vision”, says Tapan Shah, Executive Director at Sushen Medicamentos, a global healthcare organisation whose focus is on drug delivery research and product development.

According to the Goldstein report, Africa is the only pharmaceutical market where genuinely high growth is still achievable, the value of Africa’s pharmaceutical industry jumped to USD 28.56 billion in 2017 from just USD 5.5 billion a decade earlier. That growth is continuing at a rapid pace, it has been predicted that the market will be worth USD 56 billion to USD 70 billion by 2030.

Over the past two decades, Africa has emerged from a troubled history to become one of the world’s fastest-growing economic regions. Africa’s GDP has been projected to grow by 3.4% in 2021, after contracting by 2.1% in 2020. 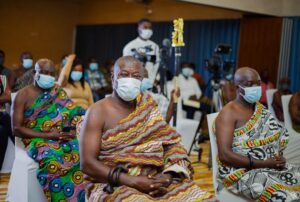 The sector is valued at US$ 300 million and comprises consumer/retail sales as well as export of products to other West African countries. The industry has an estimated 40 registered manufacturers of which 22 are currently active.

The Ghanaian pharmaceutical market is made up of approximately 30% locally produced drugs and 70% imported products. However, the Ghanaian government has emphasized the need to manufacture more locally produced medicines over the next decade, an ambition it shares with many African governments. Ghana’s pharmaceutical manufacturing sector directly employs approximately 5000 workers. About 10 manufacturers account for 80% of the total industry output.

Dr Michael Obeng intimated “as the vision of the pharmaceutical plant has expanded, we are now also incorporating a vaccine center, a world-class research laboratory which will not only increase job creation but also bring scientists from all over the world to come and live in Ghana and work.” 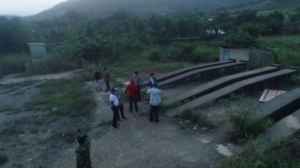 In alignment with his humanitarian works, Dr Obeng, who is also the founder of R.E.S.T.O.R.E (Restoring Emotional Stability Through Outstanding Reconstructive Efforts) Worldwide Inc, an organization that provides free reconstructive surgeries in developing countries to children and adults with disfiguring deformities from birth, accidents, and diseases, involving not only the head and neck region but also the extremities, trunk and breasts. R.E.S.T.O.R.E also educates local healthcare professionals on the latest techniques and safety measures in plastic and reconstructive surgery. 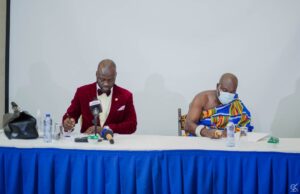 Since R.E.S.T.O.R. E’s inception, Dr Obeng and his team of volunteers and health professionals have traveled to several developing countries around the globe including Nigeria, Gabon, Guatemala, Mexico, Vietnam, Laos, and Ghana. To date, the foundation has donated over 70 (seventy) million US Dollars worth of free-of-charge reconstructive surgeries in three different continents over the past 14 years, changing the lives of thousands through much-needed plastic surgery interventions. In 2019, we performed a gender reassignment surgery, the first of its kind in Central Africa.

Dr Obeng and his team of medical volunteers will embark on yet another mission to Senegal in December 2021, where they will perform 100 free reconstructive surgeries.

‘Drugs by Africans for Africans’ remains a bold vision for Africa to start constructively contributing to the pharmaceutical sector through manufacturing, processing and harnessing the collective power of Africa to put forward an agenda of pharmaceutical emancipation. 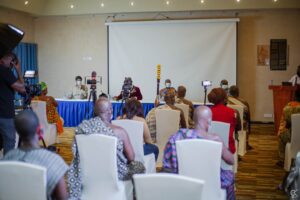 “It is imperative for Traditional Leaders, Heads of State and Government that a plan is implemented for developing the pharmaceutical sector so we can ensure that our communities have access to quality and affordable medicines. However, we continue to have a dire need to improve the quality of products to which African people are exposed to, more especially the sub-standard and counterfeit products that have significantly penetrated our markets”, says Nana Kwame Yeboah-Afari, the Adantemhene of the Akwamu Palace.

“My bold vision, reiterating the theme ‘Drugs by Africans for Africans’ it is now and I still believe that a healthy nation is a wealthy nation”, concluded Dr Michael K Obeng.